A push to narrow the gap between mortgage rates offered to new borrowers and higher rates charged to loyal customers is shaping as a new threat to bank profits as the competition watchdog promises to target the issue and the government weighs a fresh inquiry into the banking sector.

The big four banks last week blamed falling profits from ultra-low interest rates for their decision to not pass on all of the Reserve Bank of Australia's quarter-percentage-point cash rate cut to home loan customers. The central bank cut the cash rate to a record low 0.75 per cent last week.

But profit margins could fall even further if banks are forced to offer existing customers as good a deal on their mortgage rates as the deeply discounted rates being used to entice new business, which are typically around half of a percentage point lower, analysts warn.

The ACCC chief told The Australian Financial Review. He wants to launch an inquiry into the competitive strength of the major banks.

“Is the message that banks want to send that they are happy to dud their loyal customers?"

Australian Competition and Consumer Commission (ACCC) chairman Rod Sims said the gap suggested the banks were disrespecting their "loyal customers" and that the longer that a customer stayed with a bank "the more out of kilter it seems to become".

"Is the message that banks want to send that they are happy to dud their loyal customers?" the ACCC chief told The Australian Financial Review. He wants to launch an inquiry into the competitive strength of the major banks.

"What those inquiries are and when they will occur is in the hands of the Treasurer," Mr Sims said. 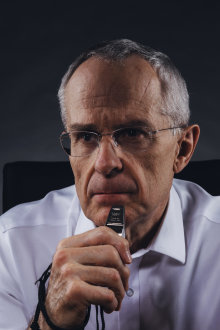 Treasurer Josh Frydenberg said the only way for banks to get the message was if customers pressed them for a better deal and then voted with their feet if they were not satisfied.

The Treasurer drew parallels with the energy market where the discounts available for new customers had been capped, but stopped short of endorsing a default market offer-style mechanism for mortgages.

“In banking, as in energy, customers get penalised for their loyalty. To win new business banks will offer cheaper rates to new customers leaving their existing customers in the cold,” Mr Frydenberg said.

On Sunday, shadow treasurer Jim Chalmers turned up the heat on the big banks and said Labor would explore options to help the RBA boost competition and to have interest rates passed on in full.

The banks have privately argued it is not practical to offer competitive rates to all customers. Australia's dominant big four banks are losing market share to foreign banks and non-bank lenders that are able to offer more competitive pricing.

“Australia's mortgage market is fiercely competitive, with over 5000 different products available from a wide range of lenders,” the spokesman said.

“With the market for home loans so competitive, Australian bank customers should contact their bank and shop around.”

The heightened competition in an environment of slowing housing growth is posing a challenge to the big banks that angered politicians when they chose to pass on just over half of the Reserve Bank's rate cut last week.

The banks have blamed ultra-low interest rates for a compression in profit margins as a greater share of their deposits pay close to zero interest and therefore cannot be reduced in tandem with lending rates.

But both Macquarie and Evans & Partners have highlighted the risk of further margin pressure if banks are forced to offer existing customers similar rates to new customers.

Macquarie identified a typical discount of a half percentage point, or 50 basis points, for new customers.

Evans & Partners said erosion of this "back book" benefit would result in a further decline in net interest margins of between 10 and 18 basis points.

The analysis was based on an average size of the so-called "back book" of existing mortgages representing between 58 and 74 per cent of the big four's loan books.

"Indeed, you would expect mortgage brokers to actively encourage customers to re-finance their mortgage and in doing so meet their 'best interest' duty. Thus, eventually eroding the mortgage back book benefit."

RBA governor Philip Lowe has also begun to urge Australians to shop around in search of a lower interest rate. On Friday the central bank said Australia's major banks remained among the most profitable in the world but said those profits had fallen because of increased misconduct charges.

In its financial stability review, the RBA also said that bank net interest margins had been declining because of "pricing competition for housing loans and switching from (higher margin) interest only to (lower margin) principal and interest lending".

Mr Sims said there was a disconnect between business and consumers.

"Business, of course, would say why should I give a lower interest rate to someone who is not asking for it, whereas the consumer says I am being loyal to you and you are taking advantage of that loyalty and are understandably outraged," Mr Sims said.

"What it means for politicians and regulators is they need to encourage customers to not be loyal."

He said more competition would help shrink the gap identified in the ACCC's 2018 report.

The gap between pricing terms for new and existing mortgage customers had some similarities with the energy sector, but also key differences according to Mr Sims.

The ACCC recommended the government cap offers after energy companies upped the base upon which they discounted offers for new customers.